If you have deposited more than two lakh cash in your bank account after the note-making decision, it would be better for you to File ITR this time. Even if you have never filed an ITR before, but this time by filing a return, you can save yourself from big trouble. Let us know that the last date for filing income tax returns for the financial year 2016-17 is July 31. It is noteworthy that on November 8 last year, the decision of the ban was taken, due to which the notes of 500 and 1000 rupees were invalid. After the government’s decision, the people had deposited cash in large amounts of banks. Now, the income tax department has the look of such bank accounts, which suddenly got huge amount of money deposited.

What is the Expert:

Ankit Gupta, founder and charity accountant of tax firm E-Munshi said, “If you have deposited more than Rs 2 lakh between November 8 and 30, then this time it will be a good deal to file a return for you. By referring to the amount deposited in the Income Tax Return, you can avoid the action taken by the tax department.

Ankit said that the Income Tax department can send you a notice under section 133 (4), in which you may be asked to answer many questions regarding cash depositing during the note-taking. The Income Tax Department has the legal right to do so. In such a case, you can already mention this amount in return and save tax on tax on it.

What is required to fill the returns:

Taxpayer’s annual income is more than 2.50 lakh rupees or any person who has an annual income of more than this amount from April 1, 2016 to March 31, 2017, for ITR file under section 139 (1) of the Income Tax Act It is mandatory to do Apart from this, those who are willing to file ITR voluntarily will not be prevented from the department. 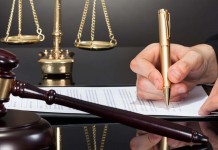 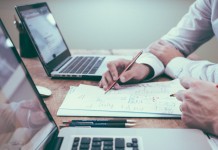