Lawyer Vikram Singh Chauhan, who led the attack on journalists and students Monday and was in the group that assaulted JNU students’ union president Kanhaiya Kumar at the Patiala House Courts Wednesday, used Facebook to mobilise support for the attacks.
Chauhan’s Facebook timeline shows nine posts between February 11 and 16 in which he is urging lawyers to reach the court well in time to “demonstrate patriotism” and “teach the traitors a lesson”. While a couple of these posts talk of taking the legal course, they also call for direct action or “face-to-face fight”.
He posted several photographs to show his links to the BJP — he is seen with several party leaders, from Rajnath Singh to J P Nadda to Kailash Vijayvargiya — and calls himself a “worker of BJP”. In other photographs, he is at an ABVP event in Delhi University last September on the eve of elections to the students’ union.
On February 11, Chauhan made his first post on the JNU issue. Referring to JNU student Umar Khalid and others who allegedly shouted pro-Pakistan slogans, it said “time has come to send these people back to their country”. The post mentioned “legal means” to mete out justice, but also urged those who have “so far demonstrated their patriotism on social media” to get ready because “time was ripe for a face-to-face fight to teach the traitors” a lesson. He concluded the post by asking people “interested in this noble cause” to contact him.

In a second post on February 11, he announced that Kanhaiya could be brought to the Patiala House Courts. He reminded lawyers that they “have shown their strength from time to time” and “hopefully will take good care” this time. The post ended with a vow to “eliminate every Afzal Guru born”.
The next post on February 12 featured four photos of Chauhan participating in a rally organised by “nationalist students”. Chauhan said the rally sent a clear message to “anti-national forces” that “patriotic youth” were “ready to make any sacrifice” for the country.
On February 13, Chauhan posted: “Please demonstrate your patriotism by reaching the Patiala House Courts tomorrow morning. under no circumstances can we allow these anarchist, Pakistan-supporters get bail or any relief. you are requested to reach the court in maximum numbers to teach these anti-nationals a lesson through legal means.” The post ended with ‘Doodh mange kheer denge, aage sabko pata hai.’ — a reference to the slogan ‘Doodh mangoge to kheer denge, Kashmir mangoge to chir denge’. lawyer Vikram Singh
In a second post on February 13, he tagged 85 people, mostly senior functionaries of the Bar Council of Delhi. In it, Chauhan urged seniors to demand a thorough and speedy trial of the case. “We can set an example on behalf of the Bar Council at the court. and I request you to be at the court to encourage us and tell the world that Delhi lawyers are patriotic, law-abiding and legally-able to deal with such traitors.”
On February 15, Chauhan posted two photographs. He is seen smiling soon after his group of lawyers assaulted JNU students and journalists. The photos attracted over 650 likes and over 40 congratulatory comments. A few even proudly posted a media photo of Chauhan assaulting a student as a comment in both threads. lawyer Vikram Singh
On February 16, Chauhan thanked everyone: “Today I am feeling proud to be a member of the Bar Council. from now on, only those who say ‘Jai Hind’ will stay in India. Long live lawyers’ unity. I hope I will continue to have your love and cooperation like this.” More than 200 people liked it.
In another post on February 16, Chauhan wrote: “I have been made the biggest goon of the country and those who are against Mother India are now heroes. If countering Leftist goons, saying ‘long live Mother India. is hooliganism, then I am a goon. I don’t care who all are barking. we are gathering again tomorrow to expose their conspiracy and.I request all of you to reach the court in maximum numbers by 10 am.” The post tagged 96 people and drew 198 likes and 70 comments. The next day, he was back at Patiala House Courts. And this time the group headed for Kanhaiya. 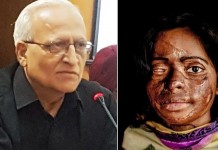 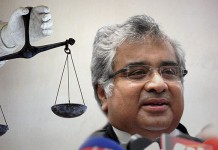 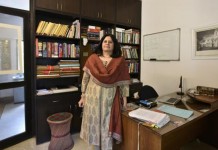 Vkeel Team - November 4, 2017
0
The Supreme Court has cancelled the engineering degree awarded to thousands of students through correspondence education since 2001 in the four Deemed Universities of...

Vkeel Team - November 2, 2017
0
CJM Court has given permission to Income Tax Department to investigate allegations of money laundering on Dera Sacha Sauda. On October, 17, the Income...

Government Advocates or Private Advocates, Who is better?

Vkeel Team - March 26, 2017
0
If judges are the kings of justice, then the lawyers are the warriors of the battle of getting justice. Advocates are the one who...
Lawyers in India
Lawyers by Laws
Lawyers by Category
WP2Social Auto Publish Powered By : XYZScripts.com