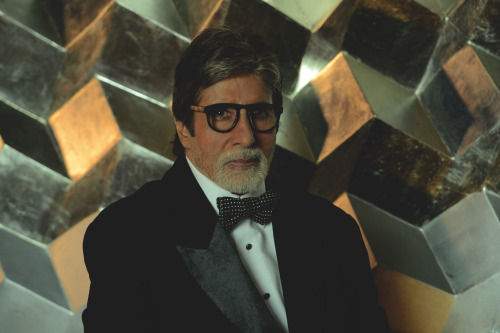 Filmmaker Shoojit Sircar says his upcoming production “Pink” is a Delhi-set thriller and will see megastar Amitabh Bachchan in the lead role of a lawyer.
Sircar has teamed up with Bachchan for the third time after their unreleased film “Shoebite” and last year’s hit “Piku,” which saw Big B bagging the National Award for Best Actor recently.
“Pink,” also starring “Baby” actress Taapsee Pannu, is being directed by Bengali filmmaker Aniruddha Roy Chowdhury, who helmed the 2006 National Award-winning film “Antaheen.”

Speaking in detail about the film for the first time, Sircar told PTI, “‘Pink’ is a thriller set in Delhi, and Mr. Bachchan will be seen in the role of a lawyer. There are three other important characters. One of them is played by Taapsee Pannu. There is also a northeast actress in the film.”
The filmmaker praised the 28-year-old Pannu, who has also worked in his other forthcoming production “Runningshaadi.com.”
“Taapsee is a very talented girl. She was last seen in ‘Baby,’ and, though her role was small, she did a good job. In ‘Pink’ she is out there and impressive.”
Sircar, who is producing the film with Ronnie Lahiri, is also its creative producer, and the maker says he is deeply involved in the making, more so because he does not want to let Bachchan down.
“I am all the time on the set. I am very much involved with the film. We share a great relationship with Mr. Bachchan, and he trusts us, so I make sure the quality is great every time he works with us.”
The film’s principal photography has already begun in the national capital. It is scheduled to release Sept. 16. So lets enjoy this with our friends and send cakes to Delhi to them.
When asked whether they plan to come up with a sequel to “Piku,” as it had an open ending, Sircar said, “There are no immediate plans, but, if in the future a potential story comes up, we would love to make it.”

GST Changed The Economy, Appeared To Be Profitable: Modi

Vkeel Team - July 31, 2017
1
Historical goods and service tax (GST) has come into force just a month and its benefits have started to appear. The business process simplified and...

Central Government: Not only Delhi, preparing to save the entire country...

Vkeel Team - January 27, 2018
0
The Central Government has told the Supreme Court that according to the court's direction, we are planning to deal with air pollution not only for...

Not filing of ITR can be costly, if you have these...

Vkeel Team - November 27, 2017
0
The Punjab and Haryana High Court's website has got five stars in the whole country's courts. There are about 30 lakhs uploaded decisions on...
Lawyers in India
Lawyers by Laws
Lawyers by Category
WP2Social Auto Publish Powered By : XYZScripts.com